It dates back to the 18th century. Excavations during the restoration of 1958-1959 revealed the foundations of an anterior chapel probably dating back to the end of the 8th century 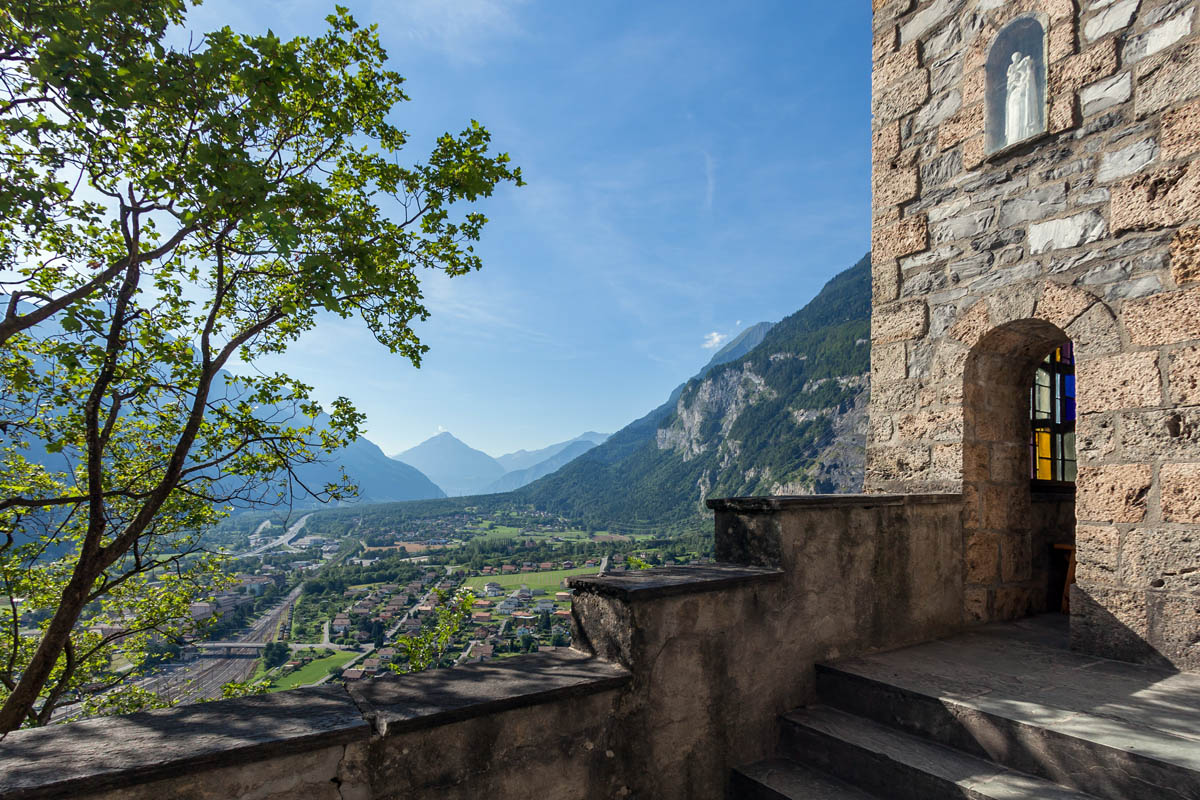 The chapel of Notre-Dame du Scex is cut into the cliff, 90 metres above the town. This picturesque building sits at the top of some 500 steps carved into the stone. It evokes the hermitage of Saint Amé, a monk from the Abbey, who lived there in the 7th century.

The current chapel dates from the 17th century but was preceded by a series of sanctuaries. Only the most significant of the votive paintings that once decorated the walls have been preserved. Albert Chavaz created the stained-glass windows in 1959, as well as the altar cloth. Above, in a central niche, is a magnificent Virgin with Child from the 13th century.

Not far from the chapel is a hermitage, which is sometimes inhabited by someone seeking God. The nearby statue (Roger Gaspoz, 2011) pays tribute to the first hermit, Saint Amé.