> Visit > Churches and chapels > Chapel of the Martyrs in Vérolliez

Chapel of the Martyrs in Vérolliez

The martyrdom of Saint-Maurice and his companions from the Theban legion took place in this very spot, in Vérolliez, around 300 CE. 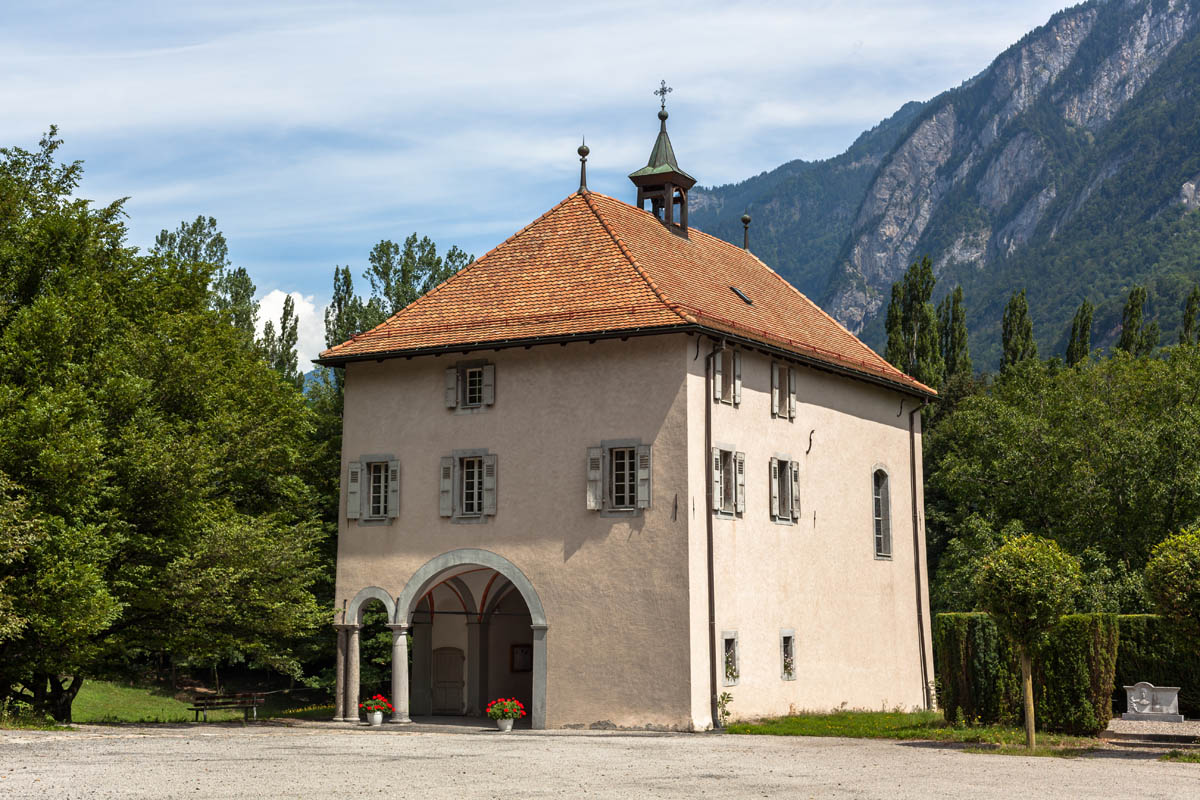 According to local tradition, they were executed on the large stone slab preserved on its canopy, inside the chapel. The first written reference to the veneration of the place of their martyrdom can be found in the deed of foundation of the Abbey (in 515), which was only written some time later, around 800 CE. The document is believed to have been drawn up in virorum fletu, i.e. in a place close to the Abbey, whose name translates as "the tears of men": the place where people wept over the death of the martyrs. In the Middle Ages, in virorum fletu became Viroleto, or Vérolliez. According to popular belief, however, the etymology of Vérolliez is the "vrai lieu" ("true place") of the martyrdom.

The strong religious symbolism associated with the place explains why a chapel has remained there, despite the permanent risk of flooding. The place was probably originally notable for the "stone of martyrdom" but there may also have been other elements, such as an enclosure.