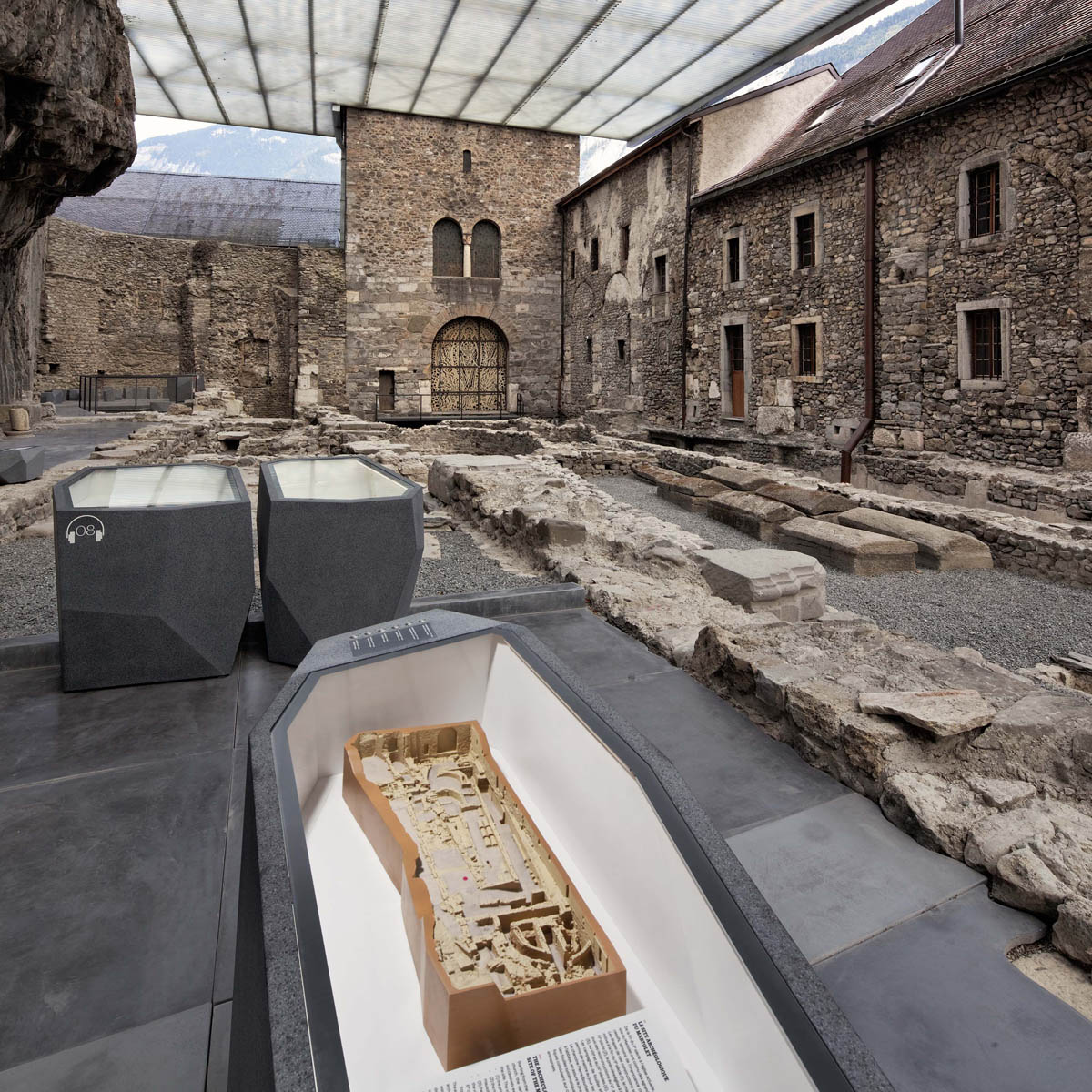 The first archaeological excavations on the site of the Abbey were undertaken from 1898 by canon Pierre Bourban.  It was he who unearthed the tomb of Saint Maurice and the apses of three churches east of this site called Le Martolet. What was originally known through tradition and manuscripts was confirmed by the vestiges in the ancient ruins.

The restoration of the Basilica following the rock fall of 1942 allowed Genevan archaeologist Louis Blondel to undertake a major dig (1944-1946) which was documented by an important bibliographic production.  In the 1970s, Mr Stoeckli was able to do some research in the Maison Panisset and on the northern facade of the monastery.

After two years of work by Mr HansjörgLehner (1994-1996), the archaeological site was put on hold until it was resumed by the TERA office from 2001 to 2006, led by Mrs Alessandra Antonini.